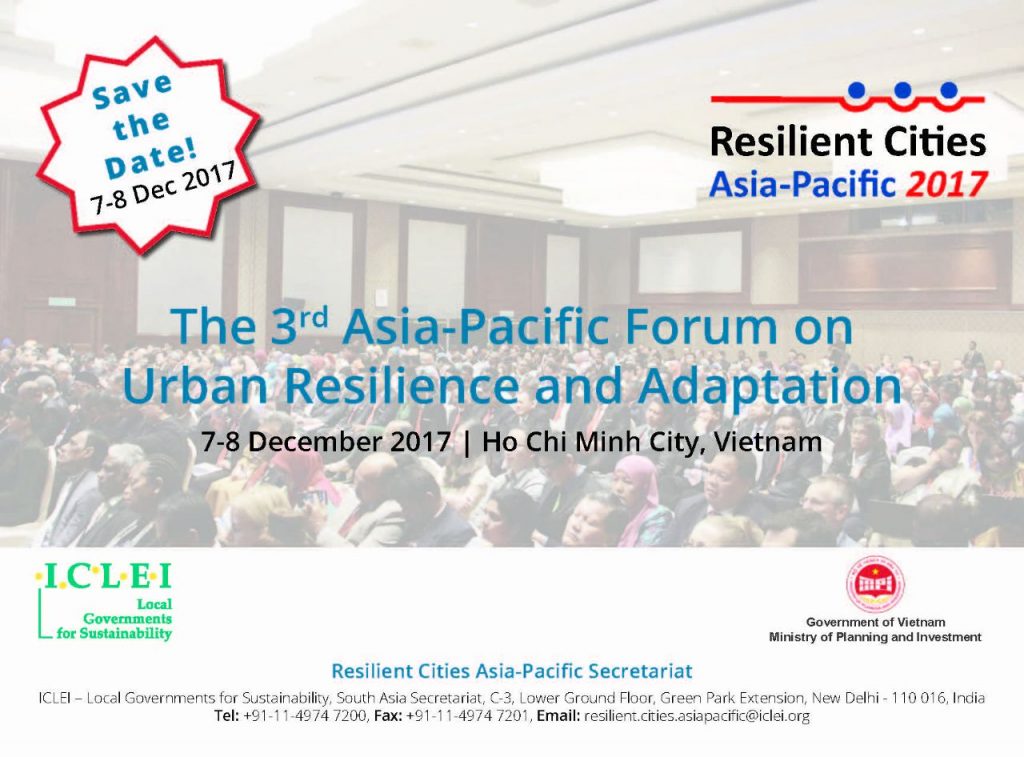 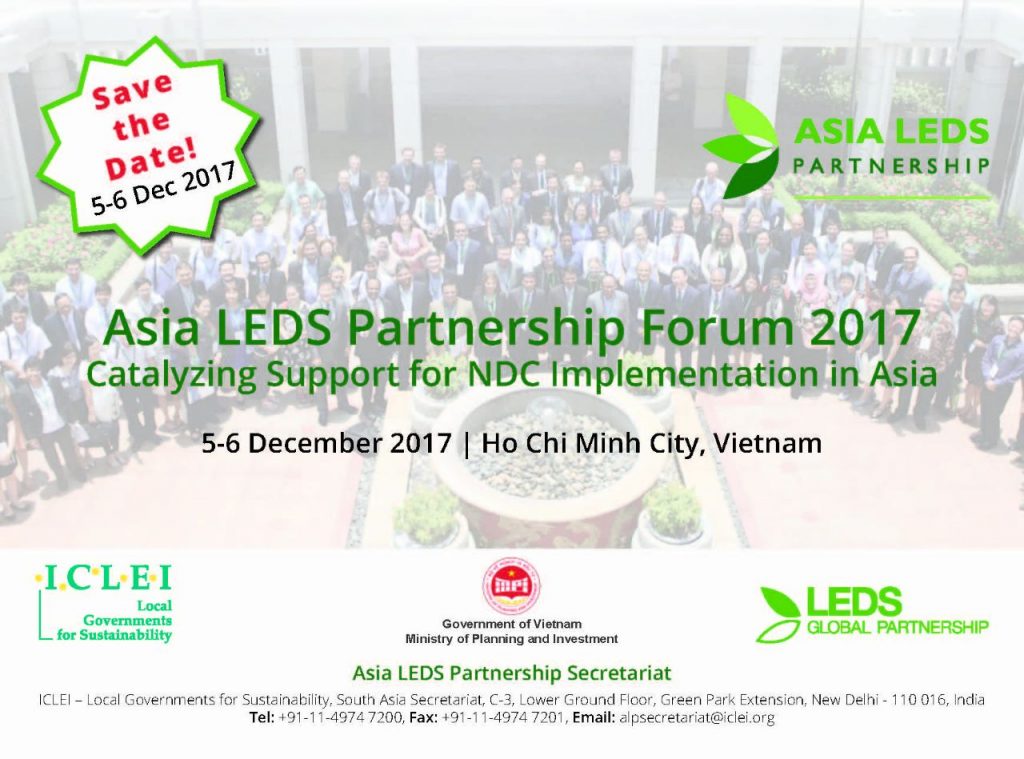 Mark your calendar for the 3rd Asia-Pacific Forum on Urban Resilience and Adaptation – Resilient Cities Asia Pacific Congress 2017 (RCAP 2017)! The congress follows the 1st Asia-Pacific Forum organized in Bangkok in February 2015 and the 2nd Asia Pacific Forum organized in Melaka Malaysia in March 2016. Both these events provided an Asia-Pacific platform for urban resilience dialogues to forge partnerships and create lasting impacts for cities in the region. This year, since the congress will be held in conjunction with the Asia LEDS Partnership Forum on 5-6 December 2017, it will also look into urban resilience considering both climate adaptation and climate mitigation.