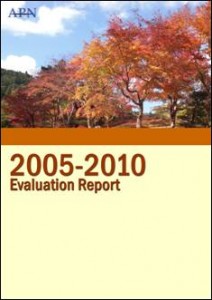 Overall, the evaluation of the APN-funded projects was considered as very successful in terms of meeting the five (5) goals stated in the APN 2nd Strategic Plan. These projects produced several good publications and contributed to the Intergovernmental Panel on Climate Change (IPCC), particularly the Fourth Assessment Report (AR4). Training courses for young researchers and professionals on methodologies and tools to analyse issues related to global change were conducted reaching many scientists and policy-makers in countries of the region. The APN has also become a stronger network creating new ties and strengthening links among individuals, organisations, countries and sub-regions within and outside the Asia-Pacific region.

In its second strategic phase, the APN has: 1) strengthened its alignment with the global change scientific community; 2) increased engagement with APN members and stakeholders; 3) increased involvement with the policy- and decision-making communities; 4) developed scientific capabilities within the region; 5) conducted successful and policy-relevant scientific research; 6) and enhanced the its networking tools. Although APN still faces challenges that need to be addressed, it fulfilled its goals for the most part during the second phase and resulted in policy-relevant science.

The APN is pleased to share with you the APN Second Phase Evaluation Report. 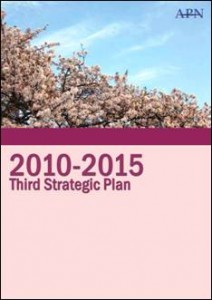 Committed to realising its mission of enabling investigations of changes in the Earth’s life support systems and their implications for sustainable development in the Asia-Pacific region, the APN’s Third Strategic Plan (2010-2015) was developed based on the evaluation of its second strategic phase, which ran from 2005 to 2010.

Under the Science Agenda, APN will focus on scientific research, scientific capacity development and science-policy interactions via activities organised within the APN, such as syntheses, workshops and assessments; and projects selected from the two main scientific pillars of the APN, which is the Annual Regional for Research Proposals (ARCP) and Scientific Capacity Building/Enhancement for Sustainable Development in Developing Countries (CAPaBLE) Programmes.

Under the Institutional Agenda, APN will look at the involvement of its member countries; alignment with programmes of the global change community; financial resources; communications and outreach to the science and non-science communities; and developing the network and its institutional arrangements.

The role of the APN in enhancing scientific research capacity in the region becomes more important as the threat of climate change and urgency of mitigation and adaptation responses are becoming greater. In the next five years covering the APN 3rd Strategic Phase, APN will continue to enhance collaborative scientific research capacity in the Asia-Pacific region, particularly in developing countries. The APN will create more opportunities for scientists and policy-makers to interact effectively and will continue to provide robust scientific input to policy decision-making and scientific knowledge to the public and other non-science communities.

The APN is pleased to share with you the APN 3rd Strategic Plan.